Fun in the sun!

We’re on vacation this week. We’re in Florida visiting friends and family. We left lots of rain behind and have had wonderful sun since we got here. I’m even going swimming later this morning!

We sent Connor to spend the week with his Dad and brother – he seems to be quite happy with that arrangement. The other member of the household is not quite as pleased with the state of things.

Our good friend Krista has been going by to give him some love and attention. He meets her at the door and tells her his tale of woe. He is not pleased with us (as you can see). When we get home I will unload the car while Anthony loves on the cat and makes it up to him. Until then, Krista will faithfully go and let Bluetooth tell his side of this tragic story.

A life to admire and emulate – George Muller

I found this bio of George Muller on the Desiring God website. It is very detailed and very good at pointing out what his worldview was and how that affected his prayers and his actions.

According to my judgement the most important point to be attended to is this: above all things see to it that your souls are happy in the Lord. Other things may press upon you, the Lord’s work may even have urgent claims upon your attention, but I deliberately repeat, it is of supreme and paramount importance that you should seek above all things to have your souls truly happy in God Himself! Day by day seek to make this the most important business of your life. This has been my firm and settled condition for the last five and thirty years. For the first four years after my conversion I knew not its vast importance, but now after much experience I specially commend this point to the notice of my younger brethren and sisters in Christ: the secret of all true effectual service is joy in God, having experimental acquaintance and fellowship with God Himself.

Therefore, if it is really good for me, my darling wife will be raised up again; sick as she is. God will restore her again. But if she is not restored again, then it would not be a good thing for me. And so my heart was at rest. I was satisfied with God. And all this springs, as I have often said before, from taking God at his word, believing what he says.

The great thing, if one can, is to stop regarding all the unpleasant things as interruptions of one’s “own,” or “real” life. The truth is of course that what one calls the interruptions are precisely one’s real life—the life God is sending one day by day; what one calls one’s “real life” is a phantom of one’s own imagination. This at least is what I see at moments of insight: but it’s hard to remember it all the time.*

Posted in General | Comments Off on Real Life = Interruptions

This is the free audio book for March at Christian Audio.com. Last month I listened to Not For Sale and the free book in January was the biography of Oswald Chambers. The books are very good quality, the audio production is good, and I am doing a good job of building my audiobook listening skills.

The Christianaudio sign up gives you the option to get newletters but it was easy to say no to that. The only email I get from them now is the announcement of the next month’s free book.

This month’s book is a good subject, one we need to pay more attention to. The book is well written and I have enjoyed what I’ve heard so far. I have also been convicted and begun making a few changes already.

Go check it out – you’ll be glad you did.

Posted in Reading | Comments Off on Book Recommendation – Spiritual Disciplines

This blog is for me and represents my life, which is why it is so varied with lots of fluff and funny stuff along with the serious stuff.

In Dec I posted about the good things I was getting from CJ Mahaney’s articles on productivity and goals. He has continued the series and I have kept reading them. The one from this week was really good and I want to share it with you. He’s talking about goals and how his goals flow from his relationships.

His goals fit two primary categories – to serve and to surprise the person. Then he gives ways to think about someone, things to know about them so you can then identify specific ways to create goals that serve and surprise. As I read this, I realized I would love to be known this well, and I would love to know others this well so that I can serve them. Often I don’t do something because I’m not sure what another person would really want. The answer to that is I should know them better.

Here are his two lists of things to know. These are for his spouse, you wouldn’t know these kinds of things about your friends and other family, but it’s a great place to start.

Do you know how to surprise and delight your wife in specific ways in each of these areas?

Do you know how your wife is faring in each of these areas? 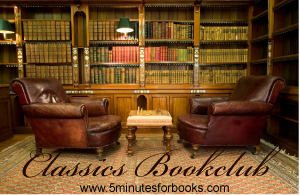 I haven’t finished yet. I wasn’t sure if I’d ever read it again so I chose to read the unabridged version. That makes over 1200 pages. I have finished volume 1 which is 200 pages.

I joined the Thomas Nelson Book Review Bloggers and the second book I requested to read and review was Christianity in Crisis by Hank Hanegraaff.

It is a discussion of (really an expose of) the Faith movement, the many preachers and authors who belong, and why what they preach and teach isn’t biblical. Here is a comment from his equip.org website: “Hanegraaff is deeply committed to equipping Christians to be so familiar with truth that when counterfeits loom on the horizon they recognize them instantaneously.” He has three goals stated in the introduction: 1. bring the truth to current people who have joined the Faith movement, 2. Clarify the position of the Faith movement for committed Christians, 3. show outside observers how the Faith movement is not biblical.

The book has extensive notes and quotes in the back and these make some of the most interesting reading. It is one thing to see what Hanegraaff describes as the beliefs of the Faith movement, and at times I don’t agree with his interpretation based on a single comment, but the collection of quotes from the cast of characters provide a very good picture of what these people believe, or at least preach.

He identifies belief such as denying the deity of Christ, struggling with death and disease due to a lack of faith, and affirming that we are equal to God and Christ. One that keeps coming up is that God can’t act until we pray or command Him to do something. This is so contrary to the sovereignty of God that it is ludicrous. The positive spin is that this Faith movement puts the individual in charge of their own fate so they can’t sit down and claim victim status any more. The insidious side is that much of what happens in this world is not under our control so then the blame for an illness or setback or death is placed on the “lack of faith” of the individual.

After reviewing the cast of characters and providing an overview of what they believe, Hanegraaff takes each major point and shows how the major Faith movement preachers present their point of view and then contrasts that with the Bible to show how their teaching is unbiblical. He ends with a section reaffirming the way to equip ourselves to be able to discern the truth and a section stating what the Bible teaches are the true foundations of Christianity.

There is some repetition of stories and quotes, but there are enough of them that they seem to provide a good picture of each person’s belief-system. The author also deals with different aspects of some of the issues in different places, so the repetition provides a reminder of the text while he builds a different point. A very good book with a very timely point, drawing people back to true faith.

The Christian Research Institute is based in Charlotte.

Funny for the day 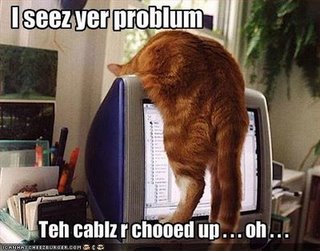 I am struggling with this just a bit. I have had this sitting in draft since September!

I found a link to this article on the “real prosperity” gospel. It is convicting stuff. Especially if you are watching the news lately.

And I have been watching. I am trying to be a prudent steward of what we have and make good decisions even while living with consequences of prior not-so-good decisions. But it is easy to fall into the doom and gloom attitude and start to second guess decisions and stress over the future. While I was pondering these thoughts for this blog entry, I also ran across this discussion of how to react to the banking crisis.

And I have had this draft sitting around for over a month so I’m putting it out as it is.

If you are still concerned or worried, listen to this a few times.

In Jan I was listening to Oswald Chambers: Abandoned to God: The Life Story of the Author of My Utmost for His Highest

by David McCasland. In chapter 7 he talks about OC’s struggle and dark night, wanting to believe, praying for guidance, and unable to find it or feel it. Then Oswald was captured by Luke 11:13 “If you then, who are evil, know how to give good gifts to your children, how much more will the heavenly Father give the Holy Spirit to those who ask him!” He realized that to claim the Holy Spirit on the promise of Christ Jesus would be humbling, but he chose to take God at his word and take the gift.

Another section talks about a friend of Oswald’s advising people to ask God why this has come upon them. Not in a challenging or complaining way, but to be open to the discipline and sanctification that God is working in their lives through the struggle or hardship, or even blessing.

Then, just to add to it, here is something I ran across today and I find it oddly comforting to hear Pastor Piper say this.